​Lex Gillette is a globally recognized Paralympic track and field athlete for Team USA. Competing primarily in the long jump, Lex has amassed four Paralympic medals, four world champion titles, and he is the current world record holder in the event. He is the only totally blind athlete on the planet to eclipse the 22-foot barrier in the long jump. He is currently training for the 2020 Tokyo Paralympic Games where he aims to bring back gold for the United States of America.

Robbed of his sight during childhood, Lex Gillette was determined not to fall victim to a world consumed by darkness. With the aid of his mother, Lex was exposed to a diverse offering of resources and tools that were essential to his ability to achieve great things independently. “Elexis, it does not matter what anyone says. You decide what you can do, and no one else.” Those are the exact words spoken by Lex’s mother and were echoed in a 2016 Procter and Gamble commercial that featured both of them. Those same words have helped her son succeed in transforming what was once a tragedy, into a triumph. His athletic talents have been featured in media outlets including ESPN, Sports Illustrated, USA Today Sports, and People Magazine. He is a 2015 inductee in the ADN Hall of Fame.

Off the field of play, Lex devotes his time to positively enhance the lives of children nationwide. He serves as an athlete-mentor for Classroom Champions, an organization that pairs Olympians, Paralympians and professional athletes to K-8 students of schools in underserved areas within the United States and abroad. Through this program, Lex educates his students on the importance of skills such as goal setting, diversity, perseverance, teamwork, and healthy living. Lex and several of his students were featured in Fast Company in 2015 outlining the development of a Google Glass app that would give Lex access to more of the world, the same world that his students see with their eyes daily. It is during these early years when positive role models and strong guidance helped shape the trajectory of Lex’s life. His mission is to provide that same support for kids today.
​
Lex is a sought-after inspirational keynote speaker who empowers his audiences to gaze beyond the horizon and see more than what is in front of their eyes. There is no need for sight when you have a vision. That is the very phrase that has propelled Lex into a world of infinite opportunity. It is not our eyes that ultimately determine success in life. It is our ability to see a vision and do everything in our power to turn it into reality. During Lex’s presentation, you will laugh, you will cry, you will be inspired, and you will learn how to become a better version of yourself. With every stage that he graces, Lex is determined to do for his audience, what was done for him. That is, to Teach ... People ... To ... See. 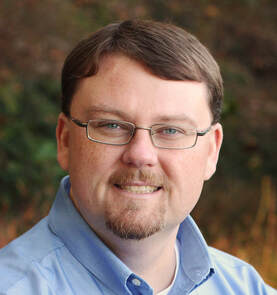 Derrick Smith is an associate professor and Associate Dean in the College of Education of the University of Alabama in Huntsville (UAH). He started his educational career as the Secondary Mathematics teacher at the Alabama School for the Blind. Upon earning his doctorate in special education in visual impairments from Texas Tech University, he started his research and development career at UAH. Dr. Smith runs the STEM-VI Mathematics Research Laboratory where his team focuses on research on STEM education for students with visual impairments and blindness. As part of his work, he has collaborated on multiple National Science Foundation grants in STEM education for students with visual impairments as an education evaluator and principle investigator. 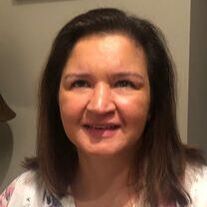 Assistant Director of Blind Services, Vocational Rehabilitation
Ms. Shirley Robinson has served within the blindness community for twenty years.  After earning her Master’s Degree and CRC In 1997, from Georgia State University she began her career as a vocational Specialist with the Center for the Visually impaired in Atlanta. This led to her present affiliation with the Georgia Vocational Rehabilitation Agency, vocational rehabilitation program where she served as a Certified Rehabilitation Counselor. In 2008, she completed the Vision Specialist Certification PROGRAM THROUGH Mississippi State University’s Graduate Studies program. Then In April 2009, Ms. Robinson was promoted to the position of Rehabilitation Unit Manager for the Metro Blindness Services Unit.   In September 2016, Ms. Robinson was promoted to Service Area Manager overseeing the DeKalb and Rockdale County Areas.  Most recently, in October of 2017, she was promoted to her current position as Assistant Director of Blind Services.
Aside from trainings, Ms. Robinson also serves as a board member of the National Rehabilitation Professionals Division of the National Federation of the Blind.  She also sits on the advisory boards with    Tools for Life and the Audible Universal Information Access Service.   Her passion is assisting the blind community, and developing methods for improving the lives of individuals with disabilities in Georgia.

Assistant Director of Transition Services
Jeff received his Masters of Science Degree in Counseling and Psychology with a concentration in Vocational Rehabilitation from Troy University in December of 2010, and has maintained his Certified Rehabilitation Counselor (CRC) Credential Since 2010. Jeff began his career in rehabilitation at Roosevelt Warm Springs Institute for Rehabilitation as a Counseling intern and working Part time as a Social Service Technician in the dormitory.
Once he completed his degree at Troy University, Jeff was hired as a CRC in the Gainesville VR office.  Over the past nine years, he has served in several different roles within GVRA including a Transition Counselor covering Hall County Schools, Statewide Coordinator for Transition Services, Career Pathways Specialist under the E3 Grant, and most recently as a Policy & Appeals Advisor.
Jeff currently serves as President for the Georgia Rehabilitation Association (GRA). He has served on several statewide Advisory boards including the State Advisory Panel for Special Education, SPECTRUM Autism Support Group Advisory Board, and the Tools for Life Advisory Board.

Jodi Floyd is currently employed by the South Carolina School for the Deaf and the Blind as a Family Trainer with the Early Intervention Services Division, as a Lead Teacher for the Visually Impaired, Coordinator for Project Magnify, and the Statewide TVI Mentor with the Statewide Blind and Visually Impaired Education Division of Outreach. She graduated from Converse College in Spartanburg, SC with a Bachelor of Arts in Special Education before going on to receive her Master of Science degree in Special Education with an emphasis in Visual Impairments from Northern Illinois University in DeKalb, Illinois.

​Dona Sauerburger, COMS, has learned a thing or two in the 50 years that she’s been providing O&M to people with visual impairments, and she’s eager to share it with you and learn some more!  She has done hundreds of presentations and workshops around the world and has written extensively on O&M topics, including co-authoring two chapters in the Foundations of O&M textbook – she is currently revising her book, “Independence Without Sight or Sound:  Suggestions for Practitioners Working with Deaf-Blind Adults,” which received AER’s Bledsoe Award in literature in 1994.

Amber is a National Leadership in Sensory Disabilities Scholar and doctoral candidate at the University of Northern Colorado. Amber’s research efforts have focused on variables and experiences related to optic nerve hypoplasia, self-regulation, and challenging student behavior. Amber has 19 years of practical experience working as a teacher for students with visual impairments and orientation and mobility specialist in large and small metropolitan school districts. While the majority of her responsibilities have been in the k-12 setting, she has experience working with adults as well as infants and toddlers receiving IDEA Part C services. Amber’s extended responsibilities have included recruitment and retention efforts, mentoring and training new teachers, and serving as both the gifted education and assistive technology coordinator in her current position.